It's all in the Name:
​
Shark Systematics and the IUCN Red List 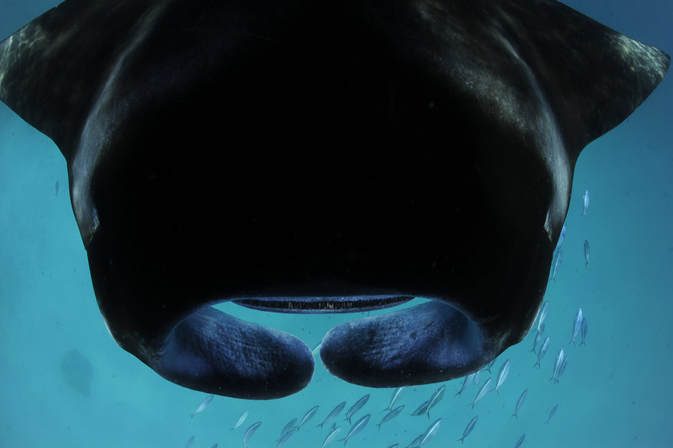 The Ever-changing Nature of Chondrichthyan Systematics

Chondrichthyan systematics is an ever-changing and ever-advancing field. Names change, new species are described, species are “sunk” - sometimes the result of a “lump” (two or more previously recognised species are shown to in fact be the same species) - and old names are resurrected. Keeping up with these changes can be daunting for the non-taxonomist, but is essential in everything we do as SSG members. Indeed, taxonomy is a foundation of the life sciences. This field classifies and arranges the taxa we work on, from the higher level, to the species level. Knowing which species we are studying, managing, or conserving is the very foundation of the SSG’s mission.

At the higher level, the Class Chondrichthyes and its two subclasses, Elasmobranchii (true sharks and rays) and Holocephali (ghost sharks) are well established and recognised. As we work down the classification, things become more dynamic. Many orders, families, and genera have changed in the last decade. For example, the order Rhinopristiformes recently replaced the orders Pristiformes (sawfishes) and Rhinobatiformes (wedgefishes and guitarfishes); the family Glaucostegidae (giant guitarfishes) was split from the family Rhinobatidae (guitarfishes); and, the genus Glaucostegus is now in use for a group of guitarfish previously included in the genus Rhinobatos (for example, Glaucostegus typus was previously Rhinobatos typus).

Opening the book Rays of the World (Last et al. 2016), the scale of recent taxonomic and nomenclatural changes is apparent; once diverse genera such as Dasyatis and Himantura (stingrays) have been divided into myriad new genera: Brevitrygon, Fluvitrygon, Maculabatis, Pateobatis, and so on. Both morphometrics and molecular evidence is used to classify chondrichthyans and the two fields are increasingly complementing each other. Some “species” and “species-complexes” remain unresolved, highlighting the dynamic nature of systematics and nomenclature.

A high-profile example of a recent taxonomic revision concerns the family Mobulidae (devil rays). White et al. (2017) showed that the two species assigned to the genus Manta are actually nestled amongst species of the genus Mobula, and they found no support for the existence of Manta as a distinct genus; that is, the genus Manta has been “sunk”. The Giant Manta Ray is now Mobula birostris and the Reef Manta Ray is now Mobula alfredi (common names are a separate issue, and in this regard, the common name “manta” lives on). The revision of this family also showed that several Mobula species are in fact junior synonyms and are no longer valid species: Mobula rochebrunei is a synonym of M. hypostoma, M. eregoodootenkee is a synonym of M. kuhlii, and M. japanica is a synonym of M. mobular.

When a higher-level name change occurs, the IUCN Red List of Threatened Species treats this as a nomenclatural change (a simple name change), and it does not affect the species’ Red List Assessment; a change from Manta birostris to Mobula birostris has no bearing on the species’ extinction risk. In contrast, a “lump” or a “split” results in a change to the “taxonomic concept” of a species, and this can affect extinction risk. Mobula mobular is a prime example. This species was considered a Mediterranean endemic, with the smallest global distribution of any devil ray, and a Red List Assessment of Endangered. Mobula japanica was considered a wide-ranging devil ray with a circumtropical distribution, and was assessed as Near Threatened. With the synonymization and sinking of M. japanica, M. mobular is now a changed “taxonomic concept” and requires reassessment for the Red List (scheduled as part of the Global Shark Trends’ pelagic species project this year).

Another example is the taxonomic revision of the Carcharhinus sealei-dussumieri group of whaler sharks (White 2012). This revision showed that the group actually consists of several species; Carcharhinus dussumieri and C. sealei thus become new taxonomic concepts (their distributions are smaller than previously thought, which could affect their extinction risk), while the resurrected species C. coatesi and C. tjutjot need to be assessed for the Red List for the first time. This group will be assessed as part of Global Shark Trend projects focusing on the Indo-Pacific.

Taxonomists describe a new species of chondrichthyan at an average rate of one every 2 weeks. Each of these requires a Red List Assessment, and the Global Shark Trends Project will be working through these new species to assess their extinction status for the first time. As an example, the recent Sub-Equatorial Africa species assessment project included 20 new species endemic to that regiion.

Keeping on Top of Taxonomic Changes
​

To keep on top of these changes, the SSG Executive Committee includes a Vice Chair of Taxonomy, Dr David Ebert of Moss Landing Marine Laboratories in California, USA. During the life of the Global Shark Trends Project, he will oversee a global chondrichthyan species list, which will be regularly updated to incorporate new species, as well as taxonomic concept changes.

The taxonomic and nomenclutural changes discussed above all affect what appears on the Red List. While changing species names on the Red List can happen quickly, such as many of the new batoid genera, a change in taxonomic concept due to “lumping” or “splitting” requires a reassessment of the taxonomic concept. Such changes will be accommodated in the Global Shark Trends Project as we move through assessing the extinction risk of the world’s sharks, rays, and chimeras.