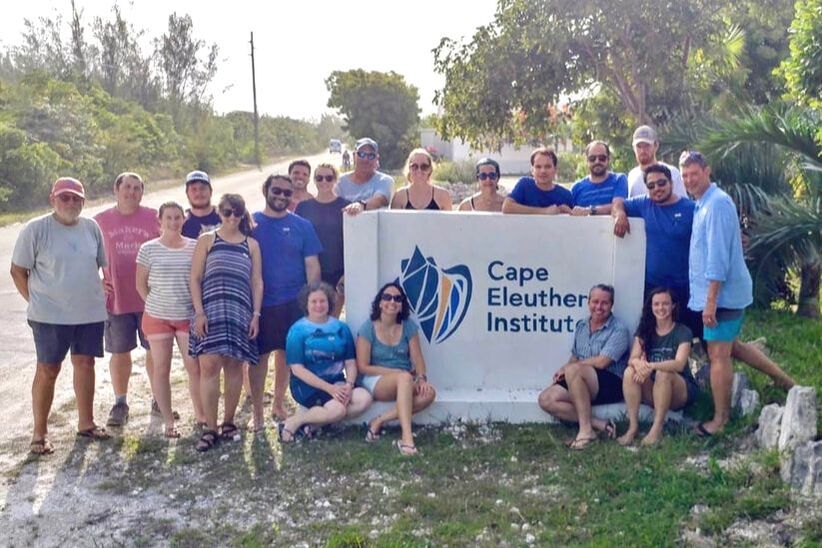 The second Red List Workshop of 2019 was held in June and generously hosted by the Cape Eleuthera Institute, Bahamas. In 5 days participants assessed the IUCN Red List Status of 114 species that were endemic or near endemic to the Northwest and Western Central Atlantic. Participants represented 11 countries from the region and the SSG would like to thank all those involved for the valuable knowledge and data they brought to the assessment process. 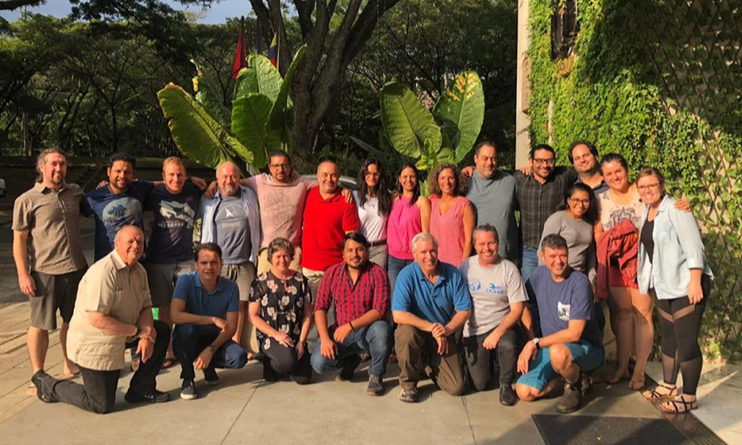 The SSG kicked off 2019 with a 5 day Red List Workshop in Cali, Colombia to assess 99 species of sharks and rays. The species assessed are endemic or near-endemic to the Eastern Central and Southeast Pacific, occurring from Baja Mexico to the southern extent of Chile. Participants of the workshop represented 9 of the 1 nations with coastlines in the region. This workshop was generously hosted by La Funación Squalus.

The Global Shark Trends Project has hit the ground running with four Red List Workshops held in 2018. The aims of these workshops were to (1) review data relevant to threats and species population status; and, (2) assess species against the Red List Assessment Categories and Criteria. 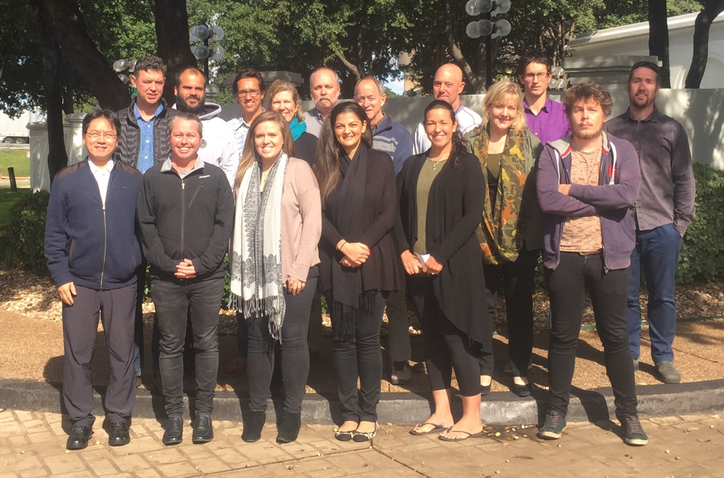 The final Red List Workshop of 2018 wrapped up in Dallas TX, USA where the SSG convened a workshop to assess the extinction risk of 30 pelagic shark and ray species, which includes the makos, threshers, hammerheads, and devil rays, amongst others. Over 5 days, the workshop participants examined and discussed the analyses of population trend data and overlap with fisheries for each of the species and reached consensus for Red List categories.

Following Sharks International in João Pessoa, Brazil, the SSG convened a two-day workshop to reassess Ghost Sharks (order Chimaeriformes). A total of 31 global Red List assessments were undertaken and range maps for all 52 Ghost Shark species were reviewed. These assessments are anticipated to be submitted for publication on the Red List in early 2019. A paper reviewing the global status of Ghost Sharks, their hot spots, and future research directions is also in preparation. 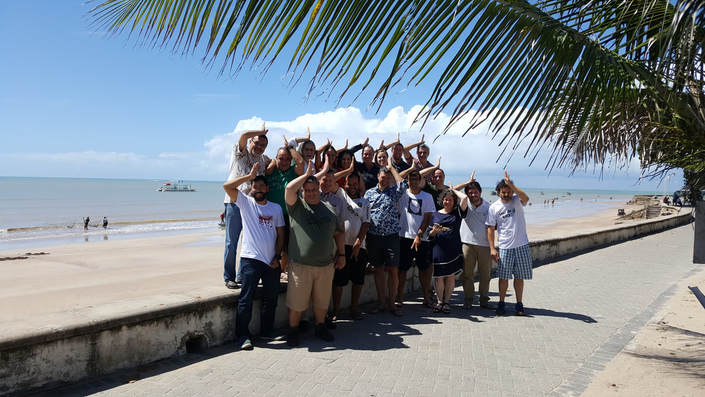 The Global Shark Trends Project and the Eastern South America Regional Group held a Red List Assessment Workshop for Atlantic South America on 30 May-01 June 2018 in João Pessoa, Brazil. The SSG took the opportunity to convene the workshop the week prior to Sharks International which brought together global and regional shark researchers. The Atlantic South America project focused on endemic species found from Colombia to Argentina and the Falkland/Malvinas Islands, as well as near-endemic species which range more widely in the Western Atlantic Ocean or into the Southeast Pacific Ocean. A total of 19 experts attended, representing Colombia, Venezuela, Brazil, Uruguay, Argentina, and the Falklands/Malvinas Islands (with some experts also having knowledge from the Guianas). The extinction risk of 83 endemic species was assessed, and these will be submitted to the IUCN Red List this year. The status of an additional 43 near-endemic species were discussed regionally; for these species, global extinction risk will be assessed by combining information from other areas of their range at future Global Shark Trends workshops for the Eastern Pacific, and the Western Central and Northwest Atlantic (in 2019). 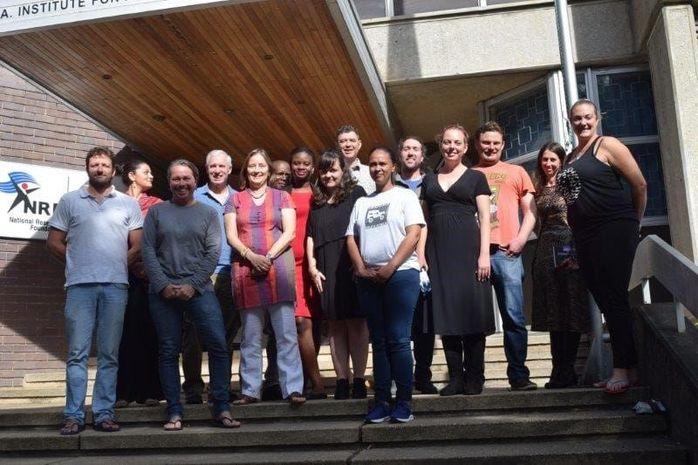 The IUCN SSG Global Shark Trends Project team and the Sub-Equatorial Africa Regional Group convened a workshop in Grahamstown, South Africa, on 23-25 April 2018 in order to undertake IUCN Red List Assessments for the endemic and near-endemic sharks and rays of the region. With the generous support of the South African Institute for Aquatic Biodiversity (SAIAB), and the South African National Research Foundation (NRF), SSG members and other shark and fisheries experts from across the region came together and assessed 105 sharks and rays. The workshop included species that occur in waters from Kenya to Namibia, as well as those that inhabit Madagascar and the Southwest Indian Ocean. These assessments will be published on the November 2018 update of the IUCN Red List of Threatened Species. For further details, see the press release here.

Chondrichthyan researchers from across Indonesia and Southeast Asia more broadly gathered in Jakarta on March 28-29 for the 2nd Indonesian Shark and Ray Symposium (http://www.srs-indonesia.org/en/). The symposium was attended by 166 delegates who presented a wide variety of research highlighting the diversity of species in Indonesia and the challenges of managing chondrichthyan resources in the world’s largest shark fishing nation. Global Shark Trend’s Peter Kyne gave a keynote presentation titled ‘Extinction risk of sharks and rays globally and in Indonesia’ which included an overview of upcoming Red List assessment projects of relevance to the Southeast Asian region.

The SSG’s Southeast Asian Regional Group took advantage of having the majority of its members in the same city to hold a regional meeting on March 27. The group discussed their role in the Global Shark Trends Red List Assessment projects, and opportunities for future collaborative projects. The significant advances in understanding the Southeast Asian shark and ray fauna and fisheries over the last decade will greatly enhance the SSG’s ability to accurately assess species’ extinction risk during the Global Shark Trends Project.

Global Shark Trends launched its first thematic Red List Assessment project – Wedegfishes and Giant Guitarfishes – at the 2nd Indonesian Shark and Ray Symposium in Jakarta, Indonesia on March 29. This project will reassess the extinction risk of all 10 species in the family Rhinidae (Wedgefishes) and all 6 species in the family Glaucostegidae (Giant Guitarfishes). These families are highly threatened (all previous assessments are threatened), of high-value in the fin trade, and have been referred to as the “next sawfishes”. Indonesia was an appropriate place to launch this project as a country where these species are targeted and heavily exploited. The project will be run by Peter Kyne and Cassie Rigby. Please get in contact (details below) if you have any population trend data to contribute which may assist in Red Listing (such as time-series of landings or catches).